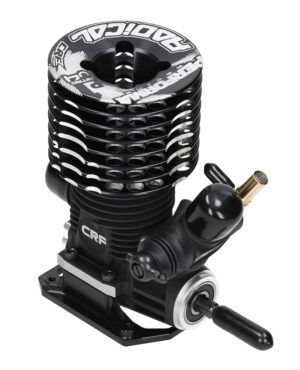 Performa P1 Radical Engines are developed by the Engine Guru Adrien Bertin. Choosing the CRF technology as a base, Adrien went back to the drawing board to make it even better! The Radical P1 3 Ports Engine provides a smooth, linear power band with strong bottom through top end with excellent run time making it ideal for buggy racers that like a smooth engine with power on tap at all times!

The Radical P1 7 Ports Engine provides tremendous torque with an exceptional top end. The linear power band make it drivable despite the insane power of the 7 ports design making it ideal for Truggy or Buggy racers that race on large track. Adrien Bertin, who has 4 IFMAR World Championship titles, two as a driver and 2 as the CRF Engineer is offering to Performa P1 his special touch :

Note that it is all made by Adrien Bertin one by one, due to the time required to prepare the “ABI tuned engines” delivery might take few days.